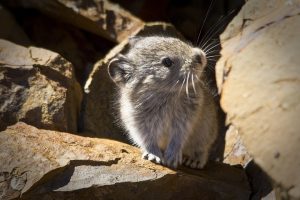 Bad news, everyone - National Parks Service researchers predict that the pika will be extinct from Rocky Mountain National Park by the end of the century, due to the impact that climate change is hanging on their habitat and ability to remain genetically diverse. The pika is arguably the cutest creature up in the park. Commonly (and endearingly) referred to as "the farmers of the tundra", pika are a trademark sight within the park for visitors year-round. Their "meep" sounds can be heard long before they are spotted, making them a fun sight for families especially.

Unfortunately for the pika and their fans, they face long-term issues more dire than being a weasel's next meal. In order to survive, the pika needs 3 things; a very solid yearly snowpack, mild summers and habitat connectivity. They tend to scurry about a lot to find food and other pikas to reproduce with, so if there's a large distance to travel between suitable snowy spots, they won't survive the trek. 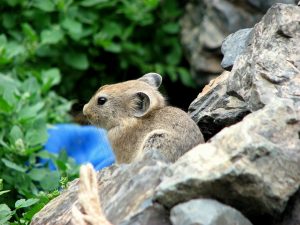 Pika rely heavily on genetic diversity in order to survive, making them that much more at risk. If they can't travel outside their range to find suitable mates they begin inbreeding and lose their resilience to colder and warmer temperature ranges. What may come as a surprise is that this sort of resilience loss occurs faster than you'd expect - decades, not centuries.

The little critter made some major headlines years back when various studies revealed that they were clearly disappearing from lower and lower elevations throughout Utah and Nevada. Though this hasn't yet been observed consistently in Colorad, the picture is pretty bleak for the pika of Rocky Mountain National Park.

If predictions are true, there may yet be a few strategies to saving the pika. 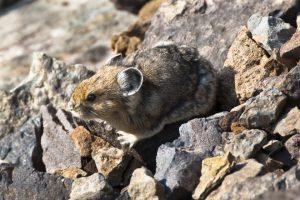 In Rocky Mountain National Park there are two pika populations that never interact with one another. If given no other options, park managers could possibly introduce the two groups to increase genetic diversity. Park managers could also "play god" and influence the pika's natural fate, though it isn't the ideal option. They'd need to take excessive measures to keep roads and trails out of areas that are considered to be crucial for the animal's survival, or even create man-made habitats or relocate pika populations.

The most ideal options is that scientists could be wrong. Pika may surprise us all yet and be more resilient to the impacts of climate change than experts predict. Believe it or not, scientists don't mind being wrong!

If you'd like to delve deeper into the pika's plight, check out the Front Range Pika Project for 2017 or email frpp@rockymountainwild.org to receive volunteer information for the 2017 season, which runs from July to October.